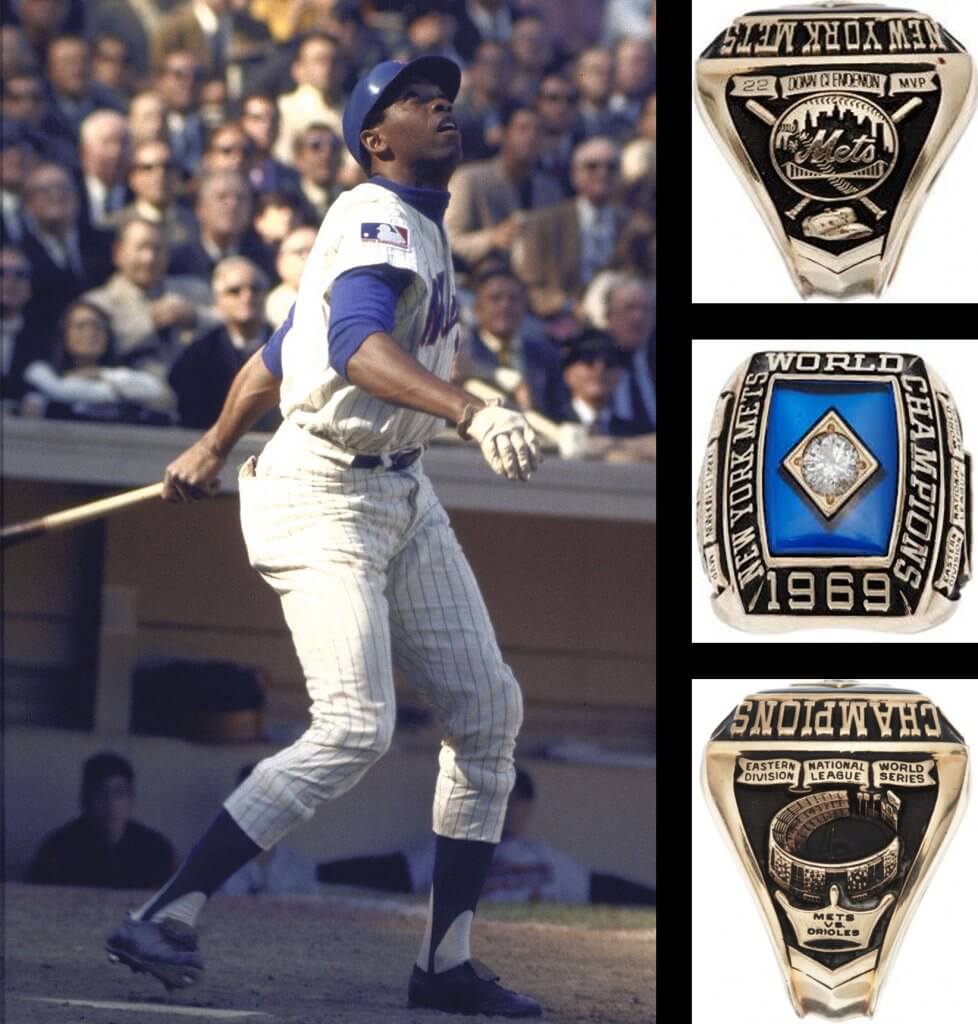 In 1999, I was in a Green Room getting ready to be interviewed by Carolyn Gusoff on News 12 Long Island as part of the book tour for my second book, Every Pitcher Tells Story. Unexpectedly, Donn Clendenon, former Miracle Mets team member and the Most Valuable Player of the 1969 World Series, walked in. He was to be interviewed that day as well.

After the producer introduced us, I got up the courage to ask the Mets legend if I could see his 1969 MVP World Series ring. He enthusiastically said, “Sure,” took off the ring, and handed it to me. Knowing that this was a once in a lifetime opportunity, I asked if I could try it on. He said, “Of course,” breaking into a big smile. I really couldn’t believe it.

This wasn’t JUST a World Series ring. It was from 1969 — the year of The Amazing Mets. I was nine-years-old in that perfect summer. Back then, I lived for the Mets, the Jets and the Knicks who all won championships that year.

Thank you, Donn for the thrill of letting me wear your very valued baseball hardware, a once-in-a-lifetime opportunity.  It brought me back to that summer of playing shortstop for my camp team, holding a transistor radio in my glove so as not to miss hearing a single play in the Mets games. Rest in Peace, Donn Clendenon.