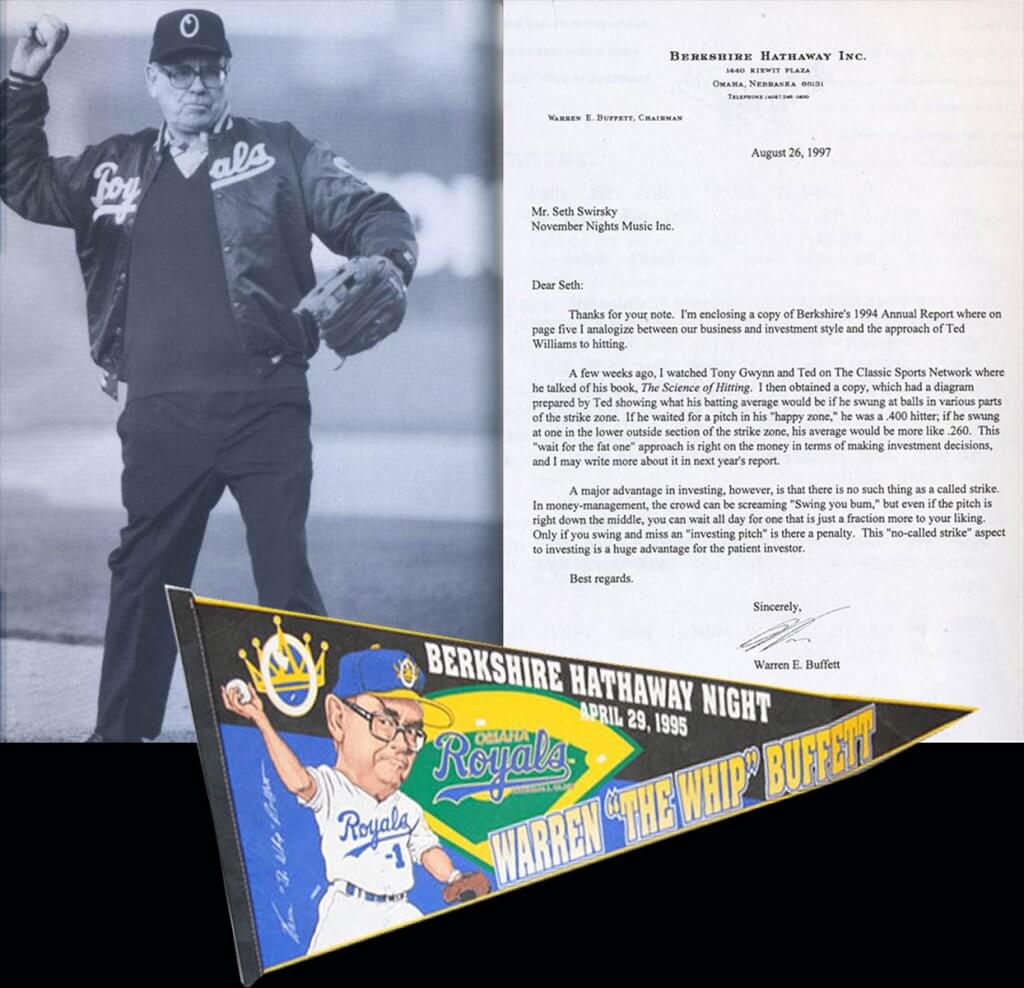 Soon after my first book, Baseball Letters, became a bestseller, in 1996, I received a call from a woman named Debbie Bosanek who said that she was calling on behalf of  the world-renowned stock-picking living legend (and second wealthiest man in America at the time) Warren Buffet.

She said that he was having his annual golf event with 20 of his favorite Major League baseball player friends (Bob Gibson, Brooks Robinson, et al.). He had read and enjoyed my book and wanted to know how much it would cost to buy 20 personally-signed copies of Baseball Letters for him to give them? Of course, I signed and sent the 20 books immediately– no charge! Warren sent me a check anyway.

Warren wrote me a very nice “Thank you” letter back and as the months went on, he’d ask me to send a signed copy of my book to one of his friends. One that comes to mind was the great songwriter, Marvin Hamlisch.

The follow-up to Baseball Letters is Every Pitcher Tells A Story (1999, Times Books), which consists of handwritten letters from baseball pitchers. I knew that Warren pitched on his company’s baseball team (he’s known as “Warren The Whip”) and if  he would write a letter for my new book, comparing the art of pitching and the art of stock picking. A few days later, his fascinating and insightful letter arrived in my mailbox and can be read, as it appears in the book, in the picture above.

Warren’s letter also found its way into the definitive biography of his life and work, Of Permanent Value, The Story of Warren Buffett by Andrew Kilpatrick (1999).