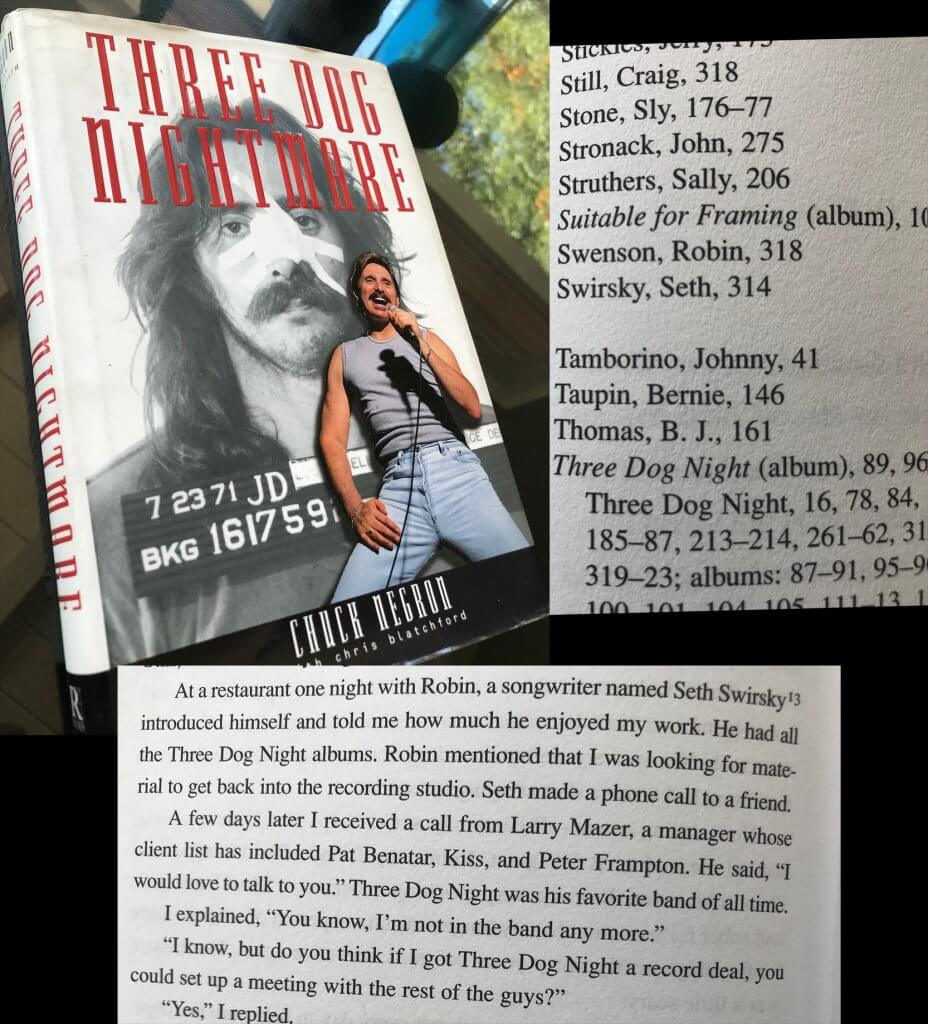 I grew up with the greatest pop music as the background to my childhood––so many hit songs with such lifelong memorable melodies. It was wall-to-wall great tunes throughout the ‘60s and ‘70s. One of the bands making those mega-hits was Three Dog Night, with their three lead vocalists. “I’ve never been to Spain,” “One is the loneliest number,” “Joy to the world”…one huge hit after another.

One day in the early ‘90s, I was in Brentwood, CA, and I saw one of Three Dog Night’s lead singers, Chuck Negron, sitting at the counter with his future wife, Robin. I walked up to him and told him how much I appreciated his music and how it ultimately inspired me to become a songwriter. He was very gracious and told me: “I’m looking to get back into the music business…I haven’t done much music for a while.” I told him that I might be able to help.

Years later, I was in a bookstore and saw a display for a new autobiography by Chuck Negron called “Three Dog Nightmare.” I immediately bought the book and started reading. And when I got to page 314, this is what I read: “At a restaurant one night with Robin, a songwriter named Seth Swirsky introduced himself and told me how much he enjoyed my work. He had all the Three Dog Night albums. Robin mentioned that I was looking for material to get back into the recording studio. Seth made a phone call to a friend. A few days later I received a call from Larry Mazer, a manager whose client list has included Pat Benatar, Kiss and Peter Frampton. He said, ‘I would love to talk to you.’ Three Dog Night was his favorite band of all-time. I explained, ‘you know I’m not in the band anymore.’ ‘I know, but do you think if I got Three Dog Night a record deal, you could set up a meeting with the rest of the guys?’” “Yes,” I replied.

The rest is history, as they say, as Larry became Chuck’s manager and engineered his comeback and reunion with Three Dog Night.

Unbelievable to unexpectedly read that I was part of Three Dog Night’s history, especially considering that I grew up as a kid with their music as a background to my life!