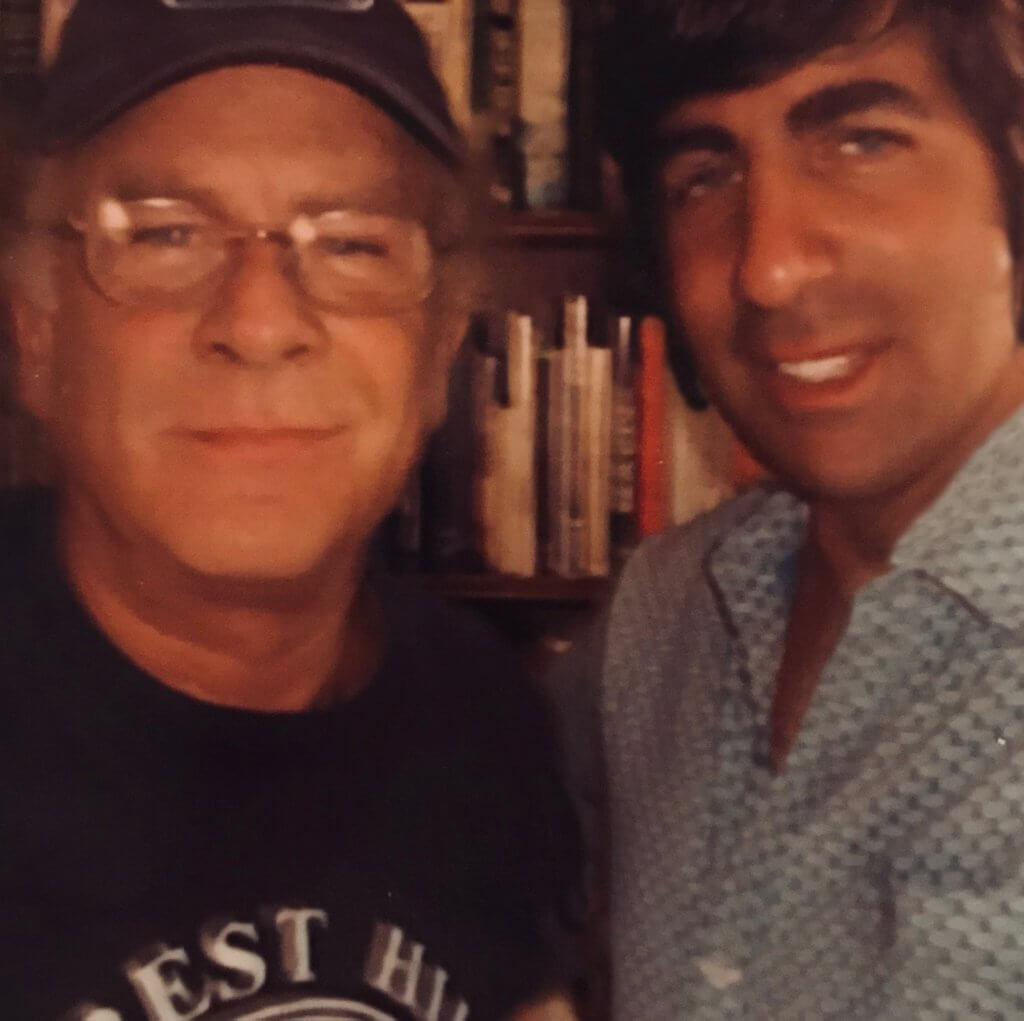 One of the best parts of making my documentary, Beatles Stories, occurred after the interviews. None was better than after I interviewed the singer/songwriter Art Garfunkel.

Of course, it was tremendously exciting to get the interview––I mean, Art Garfunkel was truly a big part of the fabric of the culture of the 1960s as a member of Simon and Garfunkel. “Mrs. Robinson,” “Bridge Over Troubled Water,” “The Sound of Silence”––too many huge hit records to name.

I went to his apartment in NY City and the elevator went straight to his penthouse, which overlooked the entirety of Central Park. Quite breathtaking. He greeted me warmly. We did the interview on his outdoor terrace where, among other fascinating stories, he told me a fantastic story about an encounter with John Lennon. After the interview he said, “Do you have a few minutes to hang out?” We went into his den and Art proceeded to open a desk drawer, take out a small plastic bag with some pot in it, and start to roll a joint. I thought to myself, “Okay, this is cool: I’m going to smoke a joint with Art Garfunkel.” He lit it up, took a hit, and passed it to me.

We then started talking about our favorite pop bands of the 1960s. I remember the Mamas and Papas came up; he really liked them. Then, out of the blue, Art turned to me and asked: “Do you think I was as good as Paul?” I said, “Paul Simon?” He just stared at me awaiting my response. A bit stoned, I didn’t really know what to say so I said the first thing that came to my mind: “Art…you had the Monet of voices,” referring to the French impressionist, Claude Monet. He took a long drag on that joint and then said, “I like that. You really think so?” I said, “Yes. You painted beautiful pictures with your voice.” And I meant it.

He was clearly pleased. “Claude Monet, huh?” “Yes,” I said. Then he asked me if I was interested in writing an article about the Monet reference for The New York Times Sunday Magazine? “I know someone there,” he said.  Of course, I said “sure” because that’s what you say when you’re smoking a joint in Art Garfunkel’s den and have just compared him to Claude Monet.

I then told him I enjoyed his version of the Tim Moore song, “Second Avenue,” even though I thought Tim’s version was the best rendering of that great song. Art surprised me by saying he didn’t think he did the song justice and that his version was only “just okay.” I appreciated his honesty.

We took a picture and said goodbye. Feeling high on the experience (and the weed), I kind of skipped back to my hotel singing “The Only Living Boy in New York,” a song Simon and Garfunkel made popular. It fit the experience to a tee.