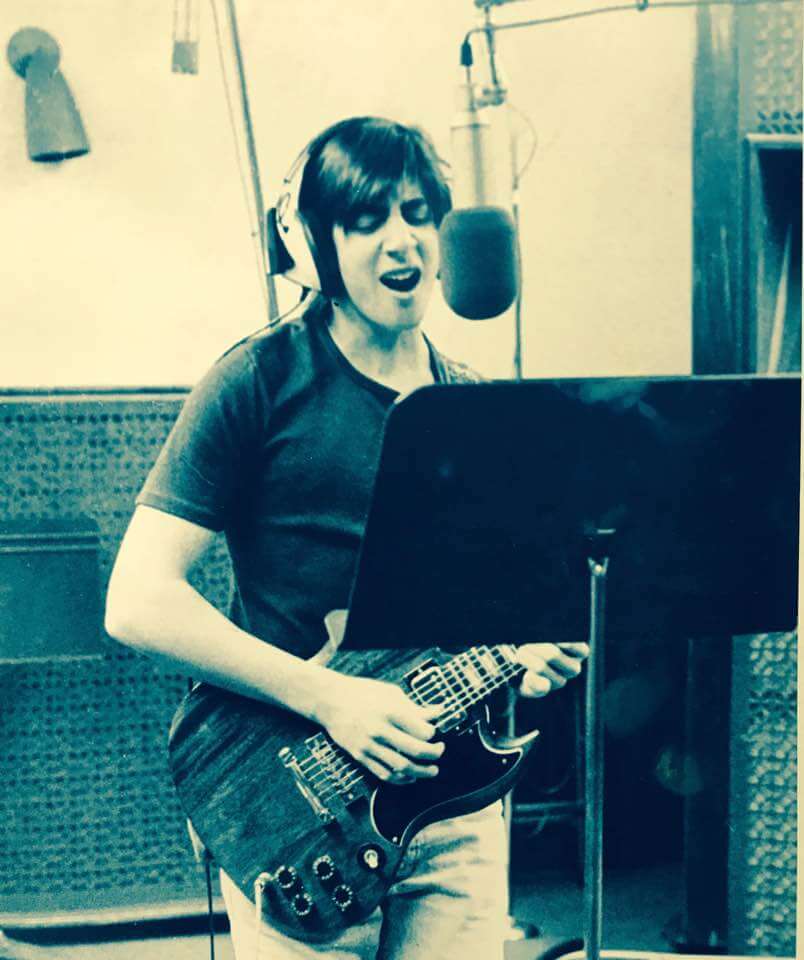 I was not quite 16. It was 1976 and my Dad took me to Soundtek Recording Studio on 57th Street in New York City. He couldn’t figure out what all the buttons and lights were for on the recording console and I remember him asking the longtime recording engineer if a career in music was a worthy pursuit. The guy told my Dad that finding a needle in a haystack was more promising, but that he liked the songs he had heard of mine that afternoon.

We left with an acetate, which looked like an album, and I played the five songs I recorded on my turntable over and over again. It felt like I already made my own album….and it so impressed my friends, LOL!

When looking back, that was one of those days that mean something in the grand scheme of your life. Especially to a kid who wanted to “make it” in music so badly. So glad I was able to share it with my father, who never wavered in his support of my musical pursuits.