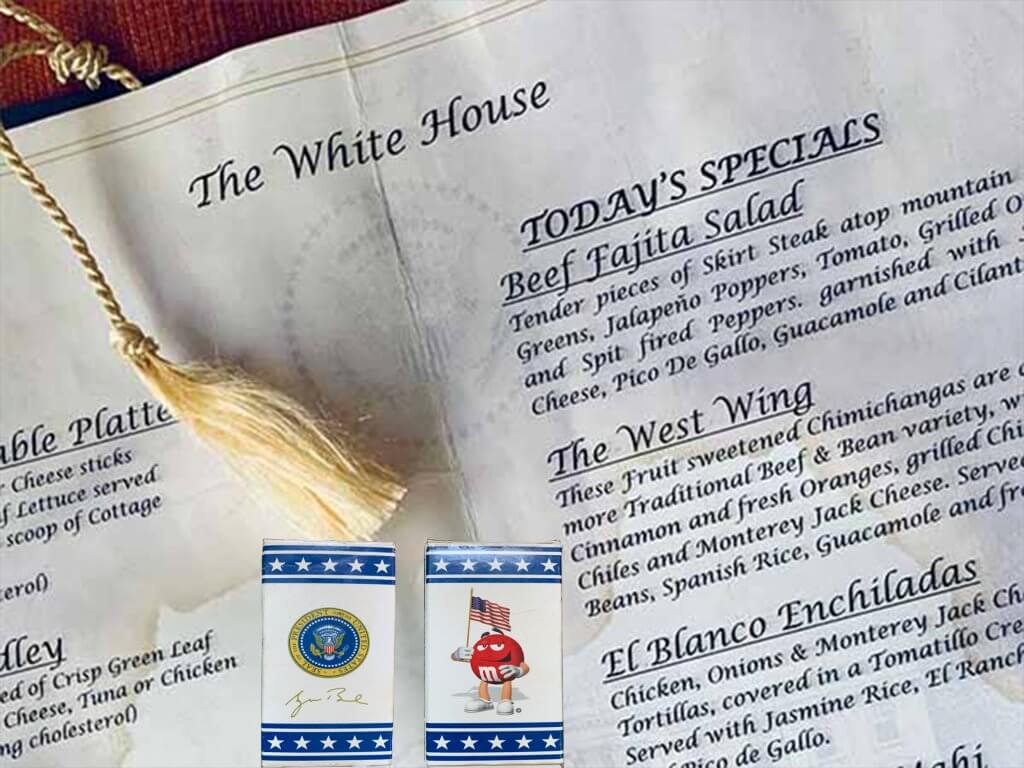 In July, 2006, I was asked write political and cultural articles for The Huffington Post. One of the first pieces I wrote, entitled “Why I Left the Left”, was picked up by Realclearpolitics.com as well and  caught the eye of the Undersecretary of Commerce, Frank Lavin. The day the article appeared, Frank wrote me an email and asked if I’d be interested in coming to Washington, D.C. to have lunch with him and Karl Rove, President Gorge W. Bush’s Chief political strategist.

I said, “of course!” and we made a date for lunch in the White House “mess” the following Tuesday. I really had no idea why Karl Rove would want to have lunch with me. I did entertain the idea that maybe he thought I’d be a good political candidate to one day run for a senate seat in California.

I bought a new suit for the event, feeling like it was a like a second Bar Mitzvah or something. I was cleared through the gate and waited outside the entrance to the West Wing where you see many reporters do live broadcasts from the White House. It was a very exciting moment, to be sure. I found myself asking myself, “now, how did you get here, again?” There was a “Zelig” quality of my life, where I would find myself in places (The White House, the pitcher’s mound at Shea Stadium, Buzz Aldrin’s apartment, etc.) where I’d have to remind myself how I got there!

Once inside the White House, I saw Ohio Senator Rob Portman. I went up to him and told him I had just heard his remarks on television and thought they were well articulated. He said, “Wow, I didn’t think anyone listened to what I said!”. Then, I told him we both were from the same Alma Mater, Dartmouth College (he graduated a few years before me), and that too, took him by surprise).

Then, Karl appeared, introduced himself and he said, “let’s eat!” Right as Karl, Frank and I sat down, a few people came over to our table to say Hello to Karl, and he, in turn, introduced them to me. It went kind of like this: “Condoleezza (Rice, Secretary of State) meet Seth Swirsky. Steven (Hadley, National Security Advisor), Seth Swirsky. Just your everyday introductions to the most powerful people on the planet.

Then, it was time for lunch. We were given the daily White House menu.

He insisted that I order the special of the day, a Mexican dish. Then, he jokingly picked up a plate and told me, “You can’t leave the White House without taking something.” He asked the waiter if there was a souvenir or two that he could give me. The waiter brought back an official White House box of M&Ms with the presidential seal on it.

After lunch, we went back to Karl’s window-less office where he showed me his his prized autograph from his idol, the 25th president, William McKinley. I passed right by the Oval Office. The door was closed, but the president was in there. I also saw Vice President Cheney’s corner office. Black-and-white photographs of the president and vice president, individually and with others, adorned the walls. The corridors were very small. I was surprised by the tight working quarters.

Karl then showed me the reception area where the heads of state wait before their meetings with the president. We said goodbye and I thanked him for the incredible thrill that I had just experienced.