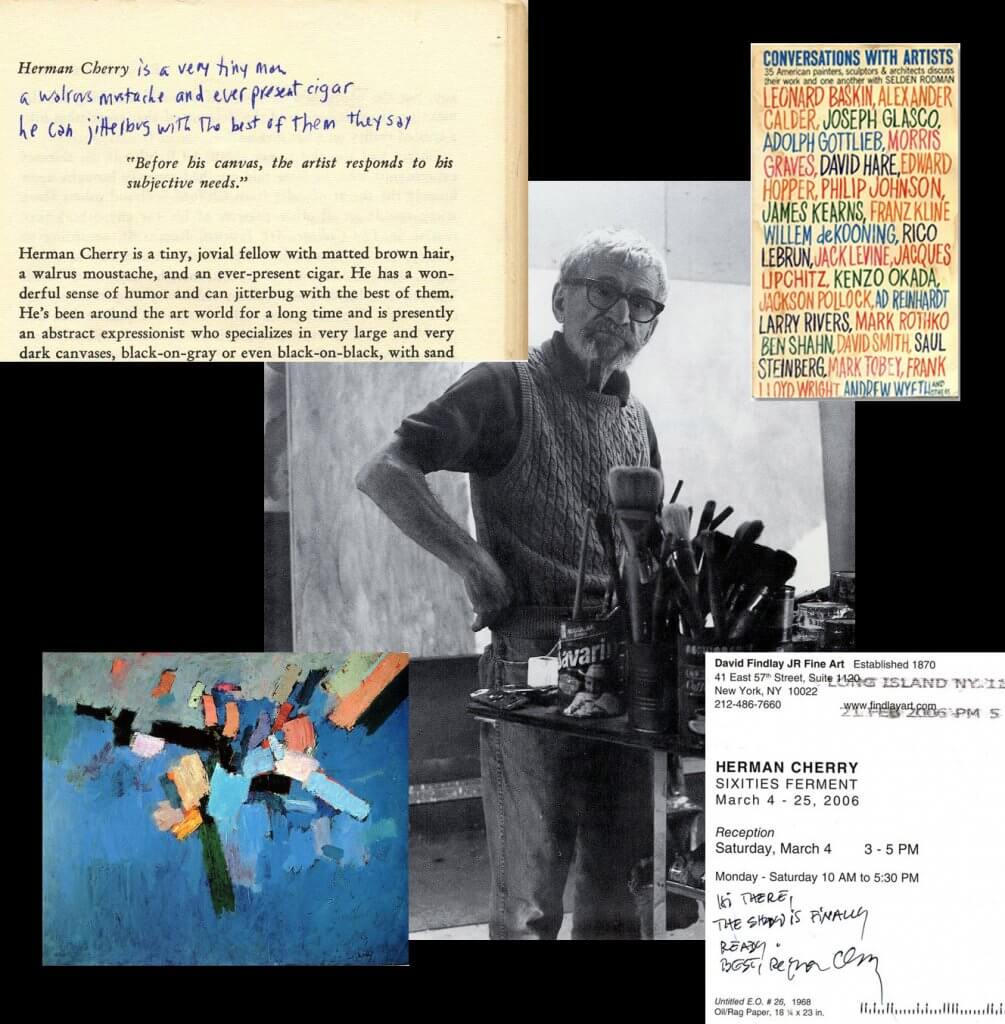 In 2002, I was at a used bookstore (I love them!) and bought an old paperback called Conversations With Artists (1961). It was a compendium of interviews with famous and not-so famous artists of the first half of the 20th century, put together by Seldon Rodman. All the popular artists of the day had granted an interview with Rodman including a man with the unique name, Herman Cherry (1909 – 1992). I and started to read his interview as I picked up my acoustic guitar. Herman was a short man with a walrus mustache who loved to dance. He was also known for smoking cigars. All of a sudden, the chorus of a song about him just came to my mind:

As I read more about Herman, more of the lyrics just fell into place.Thus, my new song — “Herman Cherry”– was created for my first solo album, Instant Pleasure. Songs get written in the most unusual ways.

About a year after my album was released, I received an email from a woman named Regina Cherry, Herman’s wife! She had Googled her husband’s name and up it came in many reviews of my album. She said that she was very flattered that someone would write a song about him after all these years and wondered if I would I send her a copy of the album. She also invited me to a retrospective of her husband’s works at the prestigious David Findlay Gallery in Manhattan.

Of course, I was surprised and delighted to hear from her. I sent her my album the next day. About a week later, I received another email from her saying that she  adored the song about her husband as did her next door neighbor, who happened to be the lead singer for one of my favorite bands, Travis, Fran Healy.

It was greatly satisfying to discover Herman Cherry’s beautiful artistic works, interact with his wife and memorialize him in song. Long live, Herman Cherry!