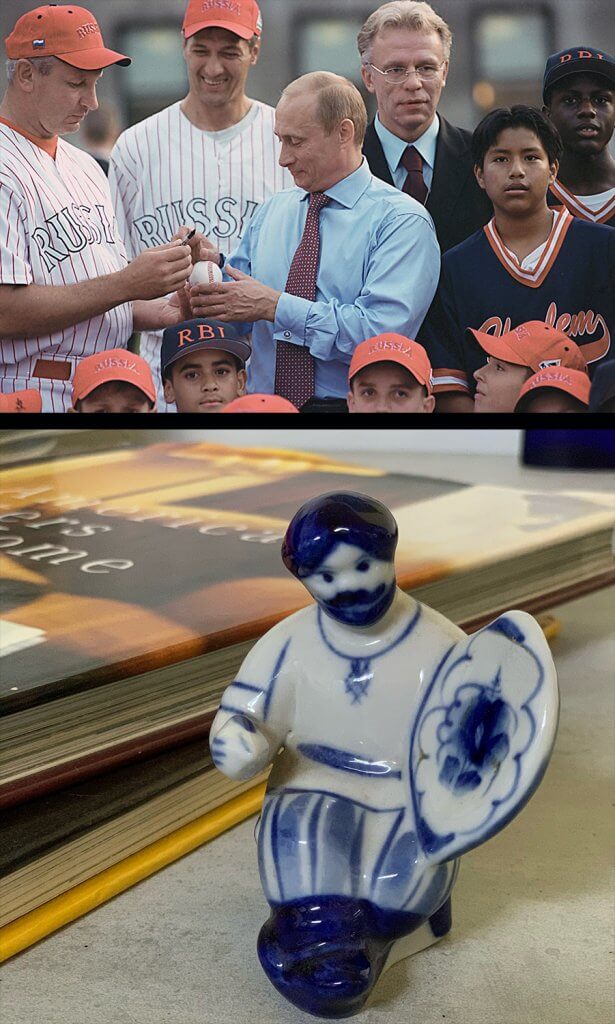 The day after 9/11/2001, Russian President Vladmir Putin issued a statement condemning the attacks in an attempt to calm fears that perhaps Russia had been involved in them. The next day, I wrote him a letter saying how much I––and, I suggested, many American citizens––appreciated his gesture during those scary first hours after the attack.

About a year later, I read a story that Putin liked the game of baseball and had taken an interest in Russia’s second place finish in the European Baseball Championship. So, I wrote him a letter (mailed to The Kremlin, where else?) asking him if he’d write about his feelings about the game to be included in my next book, “Something to Write Home About”.

About a month later, I was in a taxi in New York City when my cell phone rang. A heavily accented voice asked, “Is this Mr. Seversky?” I said, “Yes, this is Seth Swirsky.” The voice continued, “My name is Nikolay Lyashchenko. I’m calling from the Russian embassy in San Francisco. President Putin wanted me to contact you directly. He was very appreciative of your letter to him and wanted me to call to thank you for it personally, although he doesn’t feel he knows enough about the game to write about it.” I thought, “is this phone call really happening? A Russian ambassador is calling on behalf of President Putin in response to my letter on baseball?

Nicolay and I stayed in touch after that phone call and when he and his wife, Knesia, were in L.A. some months later, we had a small dinner party on their behalf, where they gave me this lovely porcelain keepsake from Russia which I have on my living room table to this day as a reminder of this unusual and fun occurrence . Thank you, Comrades Lyashchenko and Putin!