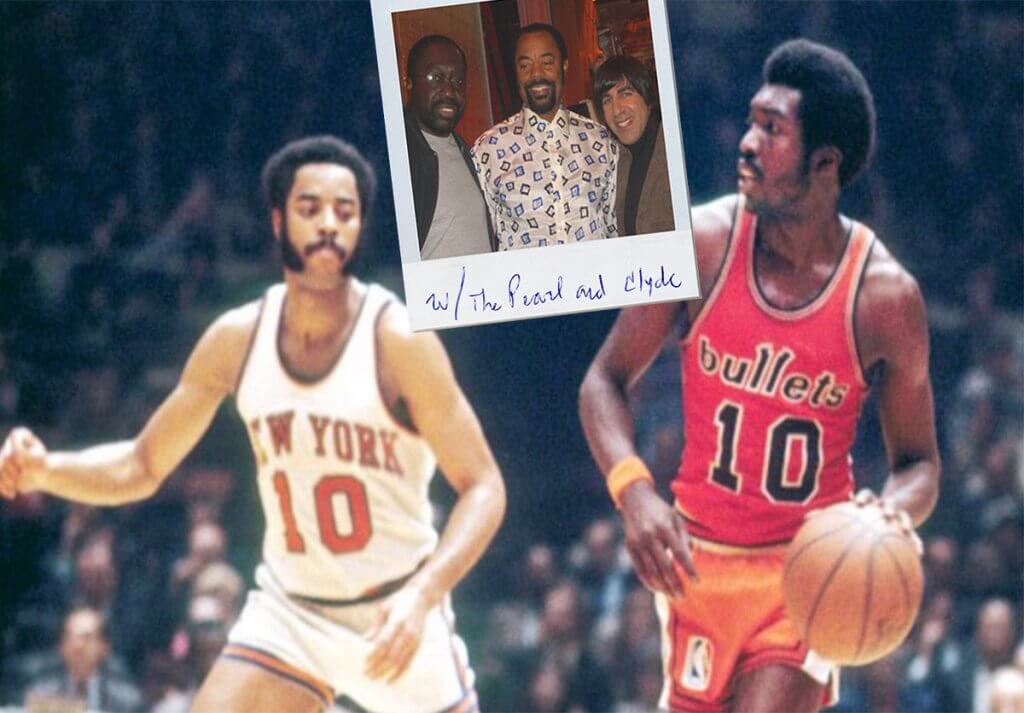 My first album, Instant Pleasure, came out in 2004.  I was booked to play a song from the album — “It’s Still Love”— live on a new show on new ESPN show called “Cold Pizza”. It was their version of “Good Morning America”. Just before I went on, and they announced me, the hosts, Jay Crawford and Kit Hoover said, “And coming up after Seth Swirsky, we’ll be talking to Walt “Clyde” Frazier and Earl “The Pearl” Monroe.” I looked over, as I got ready to play my song to 2 million people, and there were the basketball idols of my youth sitting on the guest couch getting ready to watch ME! Are you kidding me?

“Clyde” Frazier was the New York Knicks outstanding guard who took them to two World championships in 1970 and 1973. Earl “The Pearl” Monroe was the star guard for the Baltimore Bullets during those years before he was stunningly traded to The Knicks in 1971 and along with Frazier, led the Knicks to another championship in 1973.

I got through the song and they went to a commercial. After the show, Clyde, Pearl and me got a chance to hang out and talk— music, basketball, the Knicks’ championship years, all of it.  It was a real, totally unexpected blast! Sometimes life is but a dream.